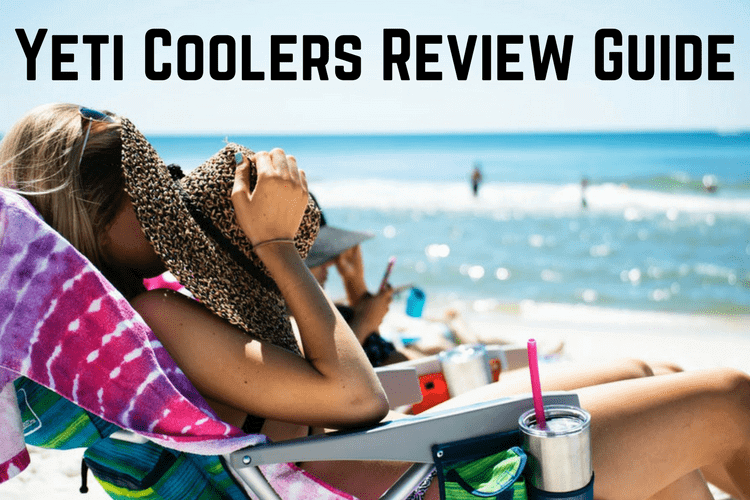 You probably have already heard of the name Yeti, due to their outstanding reputation for delivering high-end superior coolers and drinkware. Yeti’s base of operations is in my home town of Austin, Texas and so likewise I have bought and used much of their products over the years along with testing and reviewing other brands.

I try not to be too biased in our Yeti Coolers review, but the fact of the matter is they make some seriously awesome coolers from top to bottom.

The Coolers they make aren’t just any old thing you can find at the big box department stores.

The whole story began in 2006, when two enterprising brothers were fed up of the traditional, flimsy old coolers that were on the market. They saw a problem and wanted to fix it.

So they started in their ﻿dad’s garag﻿e in Dripping Springs, Texas.  They slowly worked away to build a "tough as nails" cooler that they would be happy to use everyday. Over the years, they have built an excellent manufacturing and quality control team to ensure top of the line coolers.

By building out a support team along with a rockstar sales staff they have tripled their sales in the last year alone!

Their Yeti Tundra 65 is the biggest Yeti cooler and is great for those serious fisherman out there as we believe they put out arguably the best marine cooler on the market today.

They have outstanding rotomolded coolers that have been battle tested and have been proved to keep ice for days on end.

What Are the Best Yeti Coolers?

Yeti has excellent coolers for any occasion.

As mentioned earlier, the Yeti Tundra is the best Yeti cooler (in our opinion) on the marketplace and durable enough to use for years on end. It has your typical ice chest look to it, but without the bad news bears quality of big department store brands. The biggest difference is the fact that it is molded together with world class materials and latches that keep the cooler perfectly compressed. No heat is going to get in this thing.

Its hard shell has been proven to hold up over time and it is perfect for any occasion whether that be a backyard BBQ or a fishing trip with friends.

Last year, some friends and I took the Yeti Hopper with us on a camping trip to Big Bend National Park. We bought some ice and groceries before heading out on the almost 7 hour journey and placed all the everything inside the Hopper and zipped it shut.

Even though we used it throughout the whole weekend, we found all of our food stayed cool the whole trip and most of the ice had not melted when we got home at the end of the weekend. Talk about a high quality cooler!

Sure beats all the coolers I had growing up that leaked constantly. I just remember lugging around those ugly tanks and I felt like there was almost always something that went wrong on our trips to the beach.

Most of time you get what you pay for.

And even though you pay a pretty penny for a Yeti cooler, I am completely convinced they are worth the investment (notice how I used the word investment and not cost). Beyond that, they have other studly coolers for personal use like the Yeti Flip Hopper. One of my friends uses that portable cooler as a lunch box each day for work.

This awesome Yeti personal cooler makes for the perfect size to carry with you on short trips camping or to the beach. The opening is large and the strap makes it easy to lug with you wherever you are off to.

It even has a bottle opener that you can use to pop open a cool one.

Wondering where to buy Yeti Coolers?  Here’s our list of the top Yeti Coolers on the market, just click the links below to see the latest price on Amazon.

In recent years, plenty of wannabes have popped up in the market attempting to steal some of Yeti’s pricy consumer marketshare.

Many have downright copied the manufacturing and branding style. As recent as February 2017, RTIC Coolers settled an ongoing lawsuit where they have been forced to cease and desist on making hard-sided coolers, soft-sided coolers and drinkware and redesign anything in question.

They even had to dish out some cash to Yeti.

They literally just about copied everything that Yeti did well and tried to steal Yeti’s customers and offer practically identical products at a lower price.

For many, who were not brand conscious, they managed to steal consumers away and have even built up a nice brand and business that employs almost 100 employees.

Check out their response to the lawsuit settlement here in case you are interested.

But some take offense to the fact that Yeti does not manufacture all their coolers in the United States. Pelican is a longstanding brand that also delivers premium coolers at a high-end price point. They have excellent rotomolded designs and come with an outstanding 40 year reputation and warranty.

If you want a 100% American made company, then we suggest you check out our Pelican or Grizzly recommendations in our in depth coolers review article.

Are Yeti Coolers Worth the Investment?

If you can’t tell by now, we love Yeti Coolers. We love them so much we decided to do this complete Yeti coolers review. If the last litigation story doesn’t speak enough to you than please know Yeti is trying to build a long term brand that holds up over time.

Sure, you can always go with a cheaper company with a lesser reputation, but as you can see, Yeti is committed to standing out in the cooler and drinkware space and they want to do their best to protect their brand and deliver great value and service to their consumers.

If you are still hesitant, please know that they offer a 3-5 year warranty to protect your investment.

Why Are They Called Yeti Coolers? The brothers Roy and Ryan named it after the abominable snowman from the Himalayas.

Even though Sir Edmund Hillary searched far and wide for it there is still quite a lacking in evidence of its existence.

Like the legendary ice monsters, the company states that their coolers are “tough, hard-wearing, and adapted to harsh environments.”

Although it’s existence is still uncertain, one thing is for sure, Yeti delivers consistently great coolers.

Still not sure what cooler to buy?  Check out our review guide of the best coolers in the world.​

Nate is avid CrossFitter who loves pushing his body to the max in his attempt to look stronger. He loves toppling outrageous hiking adventures. Some of his most recent excursions include the Classic Inca Trail to Machu Picchu and the Half Dome hike in Yosemite National Park.